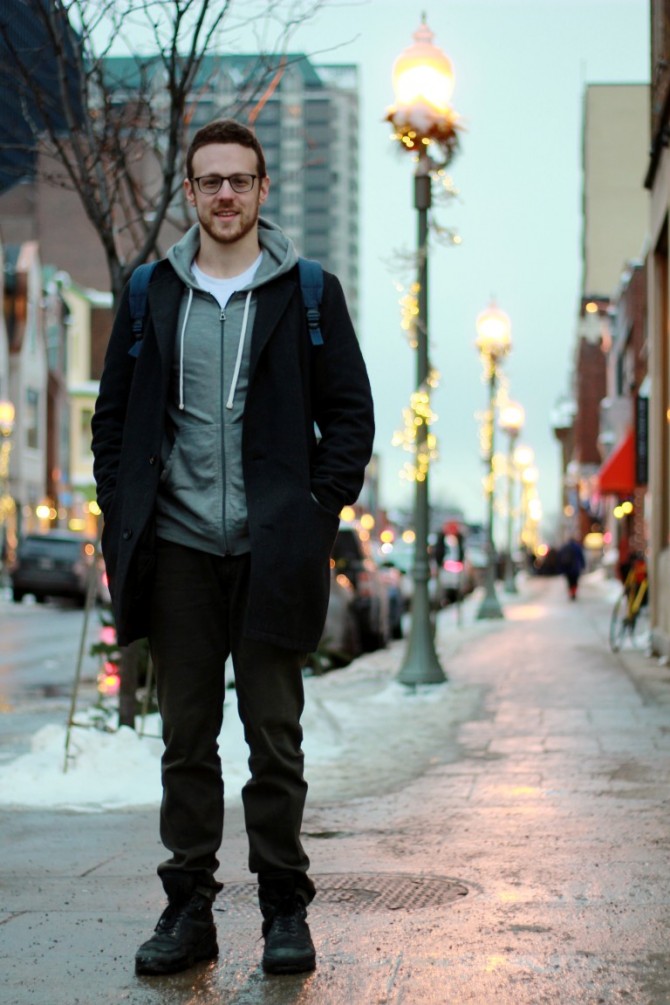 “When I started rapping and singing for my YouTube show, Mondays in the Bishi, I started doing it based on a guy named Childish Gambino. He paired comedy and rap really well, which was what I wanted to do; it was all about pun-line rap, creating jokes, and double entendres. Then, throughout Mondays in the Bishi, I started thinking more about flow, how it sounds, and patterns in the music. I’m only starting to chip away at the content and making it more introspective and about things that actually matter. A lot of stuff I’m writing now, as it has been for the whole time, is about girls. Because of what rap is, when I started out it was more misogynistic. I think now it’s a bit more honest. I’m starting to bring in more, I guess, emotions and problems that are in my own life. But slowly.”