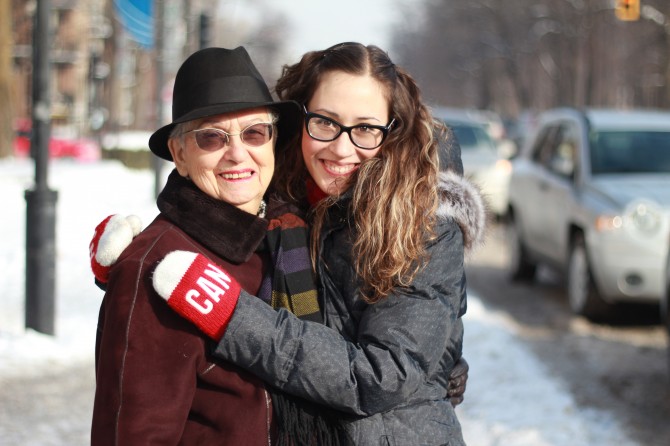 “I’ve been involved with Federation and what was then called Women’s Campaign since 1950. I have worked in various areas of it and so on, and of course a culmination was when I was elected the first woman President of what was then AJCS, which is now Federation, in 1981. I was also the first woman president of the Herzl Health Centre. I must say that when I became the President of Herzl, I was forcibly struck by the reaction of one of the senior men in the community who put his arms around me, and said, ‘and now, little girl, let’s see what you will do.’”

“Oh, and did you ever show him what you could do!”

“I never concentrated on the fact that I was a woman. I remember when I opened my first officer’s meeting at Federation by saying, ‘I know there’s been a lot of interest, amazement, and remarks about the fact that I’m the first woman President, and I want you to know that I’m here to do my best and it’s not a matter of discussion from here on in. Let’s get down to business.’ That’s what I was there for: to do the business of Federation.”

“I think it’s a pretty cool thing to follow in my grandma’s footsteps — I work in the Women’s Philanthropy department here. I think that her love for the community is something that shines out of all her pores all the time, in whatever way that she can be involved. She’s a role model, and not just to me. That’s why people love you as much as they do, because volunteering isn’t something that you brag about. You talk about it with love and with respect. It’s not something that you do for recognition. You do it genuinely from your heart.”