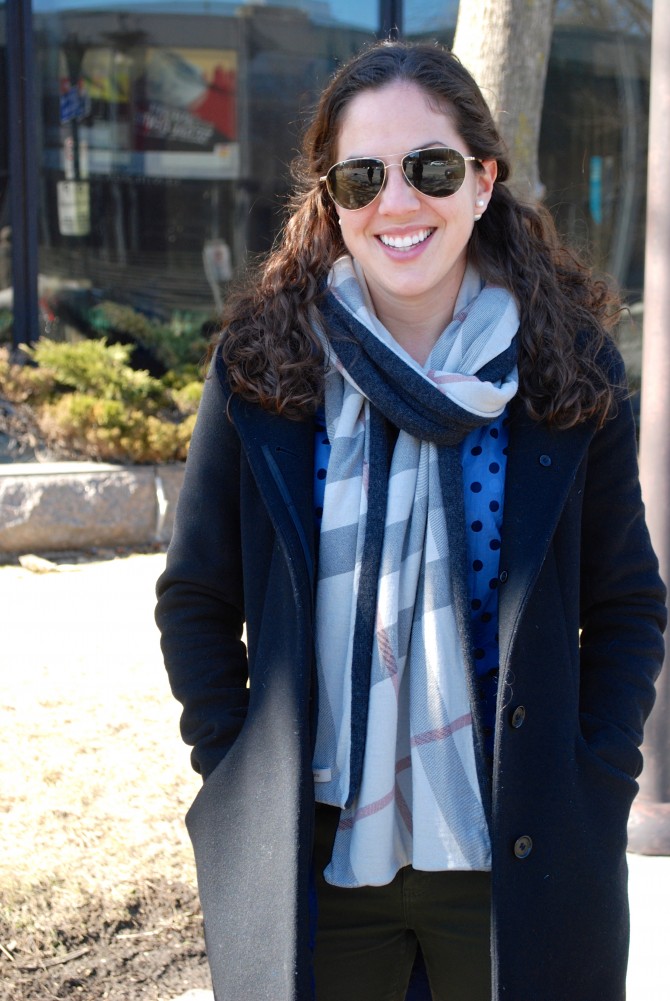 “I’m the Director of March of The Living, and this is going to be my third year going as staff.”

“Did you go on March of The Living as a student?”

“I did, but sadly it was 2002 when I was in grade eleven and my trip was cancelled because of the Intifada… I was devastated. I had been wanting to go on the March ever since I became exposed to the Holocaust, which was as early as grade one. In 2005, they started the young adult March, which was after my first year at McGill. Going for the first time was an amazing experience. I still have my journal, and sometimes read it… but I don’t really remember much. Now my memory is going the past two years with the kids, and this is part of my present. This is a personal experience for me; I don’t have relatives who were in the Holocaust. I have a great-grandfather who moved to Germany to work in the DP camps just after the war ended, and we have all the letters he wrote to his wife and my grandfather. He would explain to them the reasons why he still had to be there. He was a rabbi and a social worker, and he knew he was meant to give back. So that’s my connection to the March.”