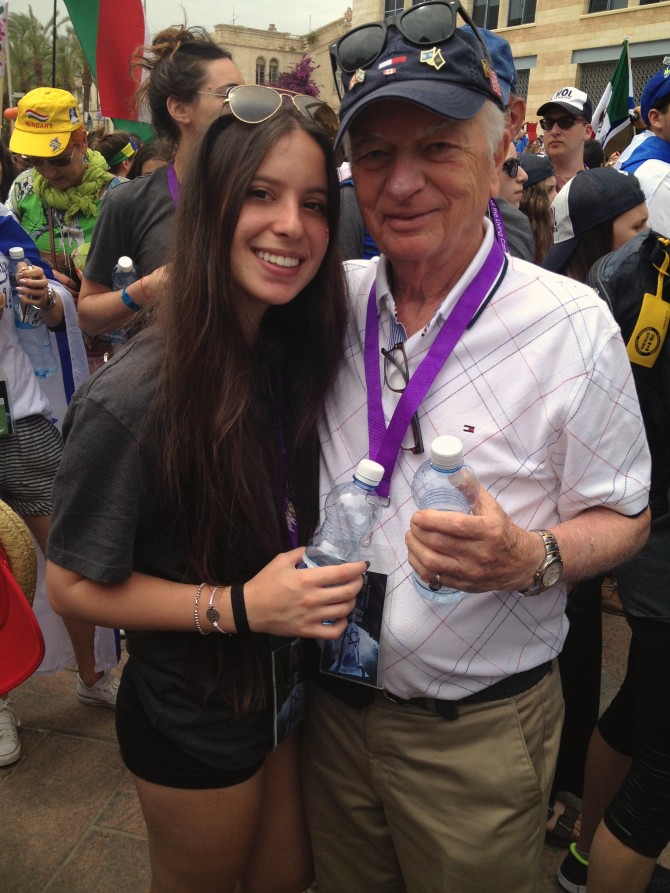 “I had the privilege of meeting Sidney in preparation for a Holocaust education experience to Poland and Israel, and by chance found out that he knew my grandfather. Our families had similar Holocaust survival experiences – both coming to Canada on the same boat and later living in Montreal as neighbours. By the time I was old enough to learn about the Holocaust, my grandfather had Alzheimer’s and could not tell me his testimony. The stories Sidney relayed became my closest connection to my personal family history. I will be forever grateful for meeting Sidney.”

“After meeting Chelsea and surprising her with the news that I knew of her grandparents, I began to tell her about her family and some details about their survival story. I knew more about her family than she did. We formed a close bond and during the long days of our trip we talked a lot. It’s important to share my experiences with so many young people. Through them as our witnesses, our stories will live on.”

Over 3,500 students from Montreal have participated in an immersive Holocaust education experience since the program began in 1988, with up to $100,000 in scholarships provided annually.