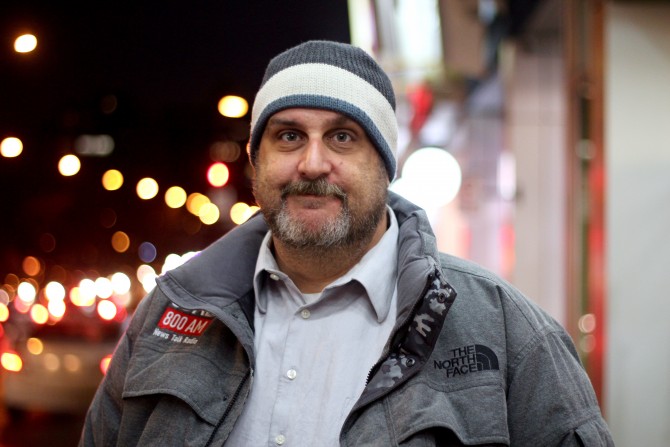 Comedy, in a sense, saved me. I’m very open about the fact that I suffer from anxiety. Part of the motivation, now, is getting up on stage to beat the anxiety. I always felt like I wasn’t vulnerable on stage, and all of a sudden, I was. It didn’t bode well for me. Now, there’s no problem. If I can go up on stage every night, I think that would be the best therapy for me, and hopefully entertaining for everybody else.

That’s what stand-up basically is: the cheapest form of therapy, because if there’s something that bothers you, you can just go up on stage and let it out. Some people do that via a diary, some people do yoga, some people do interpretive dance—I vocalize it.

My grandmother is my inspiration. She’s the funniest woman I know. She’s just so quick and witty, even at the ripe age of 88. She told me my first dirty joke when I was six. She’s a Holocaust survivor who’s now living in a residence and still manages to find the good in people and the bright side of life. One of my greatest thrills is making her laugh, since she’s given me so many laughs over my lifetime.”