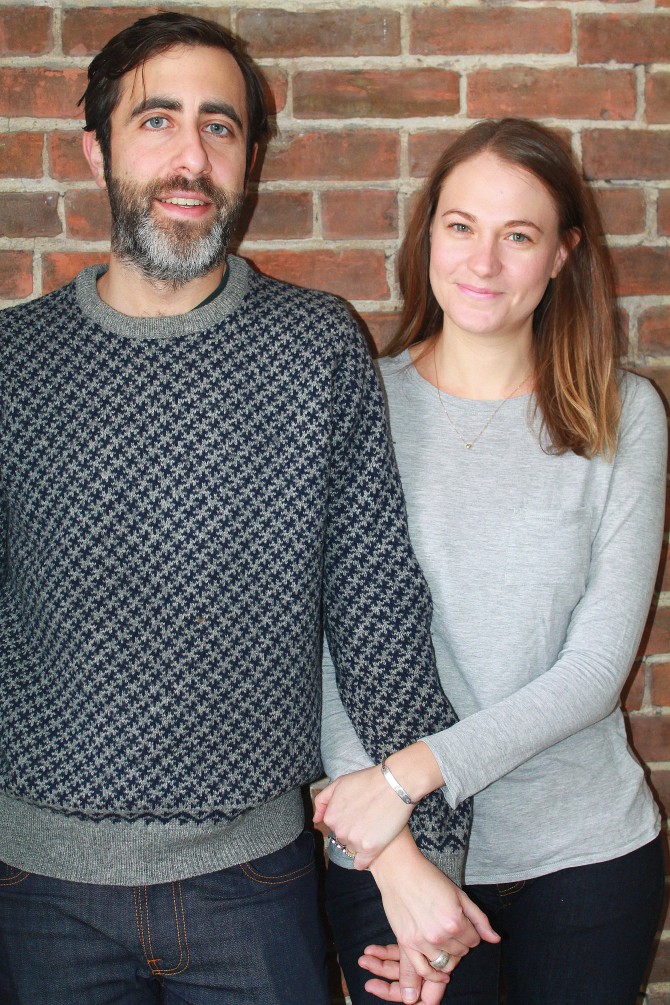 “There’s a vibe in Montreal that people just love to have a good time. They stay out late and it’s not all about making money. People say that in Toronto, people live to work, but in Montreal, people work to live. I love the practicality of living in Montreal, especially the neighborhoods we’ve lived in. Living in the Plateau, you can bike around everywhere and bump into your friends. There’s really great food, bistros, cafés, clothing and art. There isn’t a week that goes by where I’m not like “wow, this is a freaking great city to live in!” I grew up in Winnipeg and love it in a more nostalgic sense. It’s a great city, but it doesn’t have that sexiness that Montreal has. It’s a sexy town.”

“I love Montreal because of its convenience. I’m comparing it to London, where I’m from, where it takes 45 minutes to get anywhere, even if you just want to meet a friend for coffee. I love that in Montreal, I step outside my door and see the mountain. It’s such a pretty city and I like the ease and spontaneity of it.”