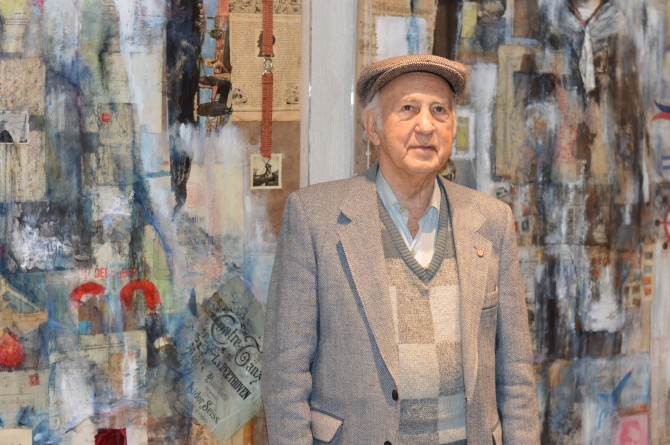 “Let me tell you how I met Dr. Mengele in Auschwitz. When I arrived in Auschwitz, people were selected to go to the left or to the right. I stood in line with my father, who was an officer in the first world war in the Austro-Hungarian Army, and spoke perfect German. When the officer, Dr. Mengele, approached us, my father spoke with him and after listening for a moment, he instructed me to go “left”. Then my younger brother came forward, and he also instructed him to go “left”. But my father, he told to go “right”. That was the last we saw of him. Dr. Mengele sent him to the crematorium because he spoke to him so nicely. He was only 50 years old.”