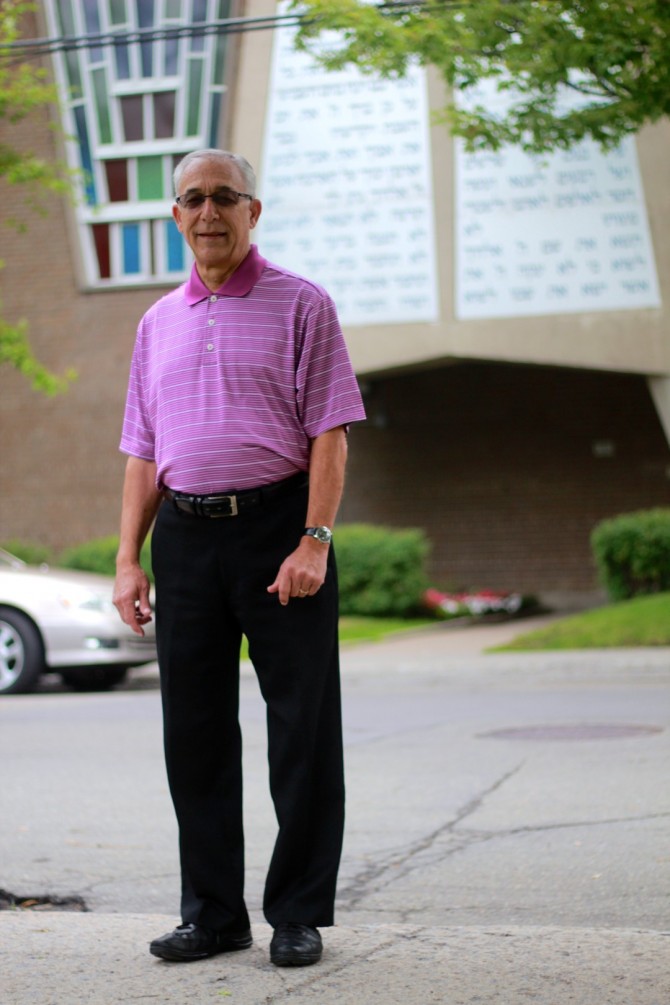 “I became involved in the synagogue because there was a death in the family and when I came to the synagogue to say kadish for eleven months, I found the place to be very supportive, very welcoming. It’s not easy to come both morning and evening every day for eleven months, especially in the winter time… but when you have the support of the various individuals here, it makes it that much easier. I thought becoming involved would be a nice way to give back. I have become very close with a 94-year-old gentleman, who I have adopted as my father. It’s just something that clicked. He’s a Holocaust survivor and has an amazing attitude; he’s very positive.”