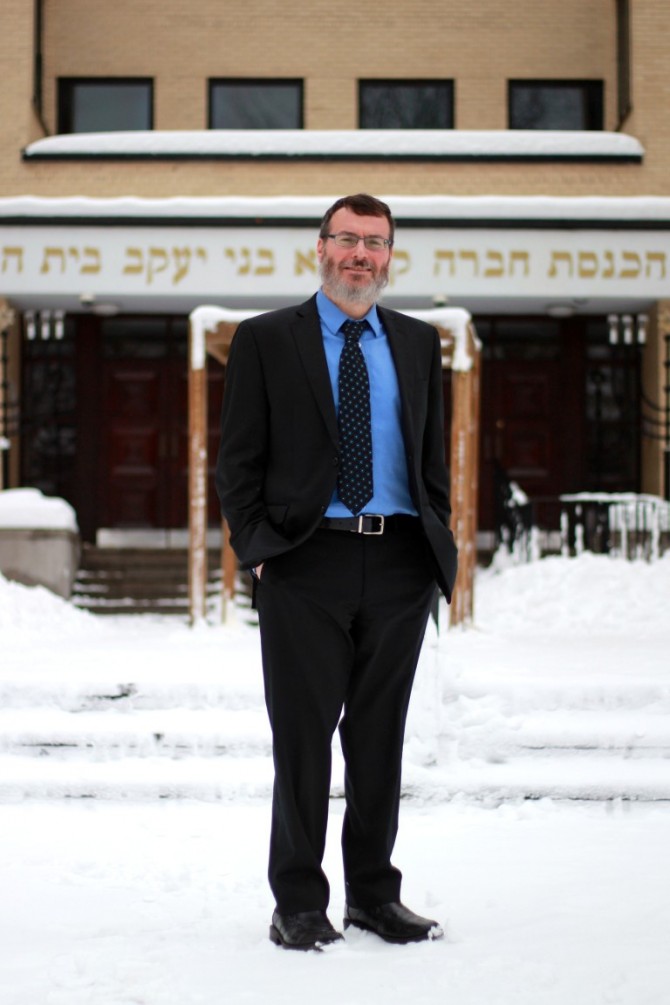 “As a rabbi, I’m called upon to inspire the community to embrace Judaism and their Jewish identity, as well as get them to better understand what their faith is about and enrich the heritage of the history of the faith.

To me, one of the most resounding messages of the Torah (and you’ll find it in many of its stories, from Moses from David), is that everyone, somewhere and sometime in their lives, gave up or wanted to give up. The biblical narrative often talks about a person who didn’t see themselves as great, but others believed in them. Even in moments of failure and seclusion, when it’s God, your parents, or people in your community that believe in you, that’s when greatness emerges. And that’s very much a part of the message of Judaism; your tradition, your God, your history, is calling you because it believes in your mission; it believes in your reason of life; it believes in your purpose. So, to me, those stories of people discounting themselves and then everybody around them saying ‘no, we believe in you; you can do it,’ is when greatness of life begins. That’s where our tradition sustains itself, and that’s where, I think, our story is. Through all the setbacks and all the pain, in the end, there was always a calling that was heard by our people: you can be great again; you can do good again.”