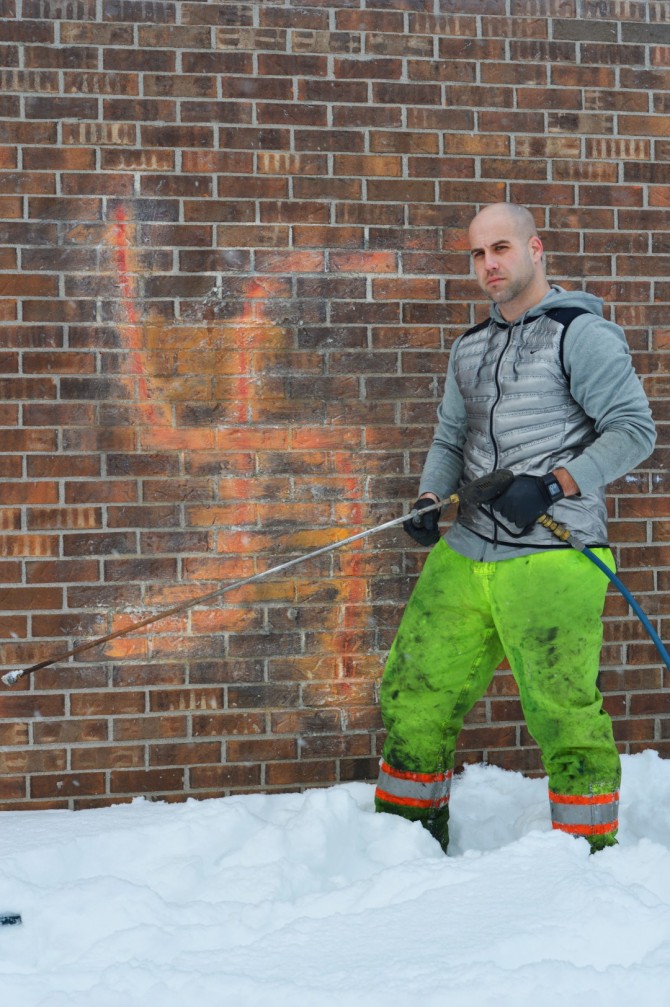 “I’ve been in the graffiti removal business for ten years, and while driving around I would stumble upon hate graffiti, primarily swastikas. 80% of the stuff I remove is anti-Semitic, but I’ve removed graffiti from mosques, and churches too. I’m a proud Jewish Canadian, but I don’t go to synagogue five times a week. I’m not overly religious. When people ask me who I’m doing it for, to be honest, in the beginning it was for myself. Now that I see how much it affects everyone, it’s turned into something I’m doing for everyone. In every community. For Montreal. I have old men and women who are affected by what they are seeing, like 80 years-olds who are looking at swastikas and don’t know what to do. A few of these people’s parents were killed in concentration camps. So when I get phone calls like that, it reiterates to me just how important this movement is. How it turned from something just about me, into something about everyone.

One day I saw this quote on the back of a t-shirt: “The only thing necessary for the persistence of evil, is for enough good people to do nothing.” It struck me as if it were directed at me personally. Ever since then I have tried to live my life by it.”