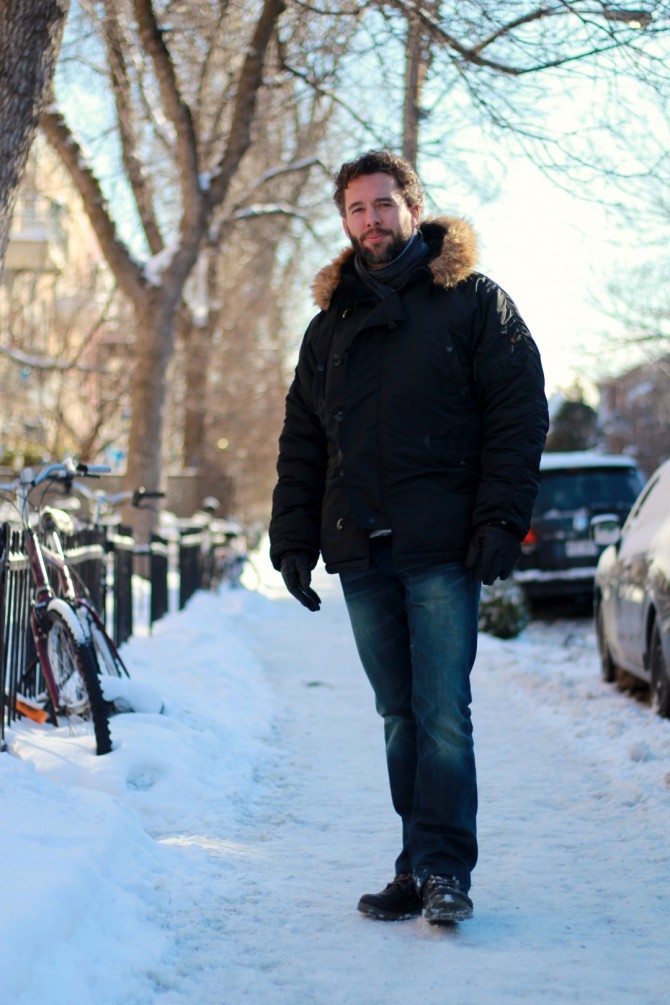 “I’m a documentary film producer. I produced The Lady in Number Six, which won an Oscar last year. It was a funny thing because it was a movie we did for free, just on a volunteer basis amongst friends here in Montreal. It wasn’t really expected, but we ended up giving the film to some producers in L.A. and they’re the ones who did the route to the Oscar’s. I had never been to L.A. before so going there on the Oscar trail was unbelievable. Making documentaries in Montreal, everyone’s dream is the Oscar’s, but in reality I never really thought it could happen. That film had been refused from every film festival we submitted it to. So the whole thing was a very surreal experience.”