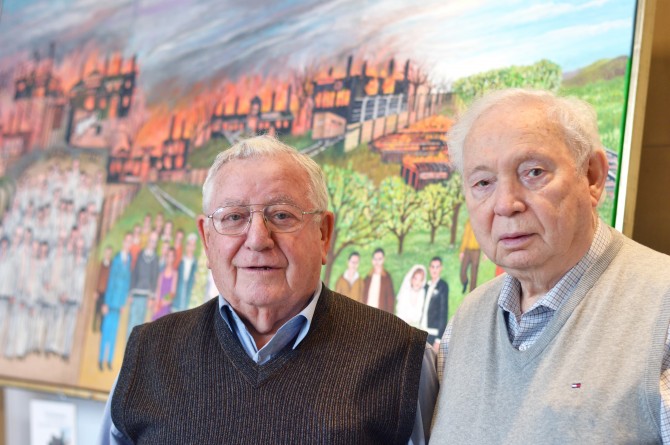 “We had been friends for 5 years before he told me he was a survivor of the Holocaust. I had always wanted to do a painting on the Holocaust, but because I am not a survivor, I felt I didn’t have the right to do it. After meeting Joe, whose tattoo number, 77835, I use in my painting, I felt there was another dimension that most other artists had not touched upon: the strange positive end to the story for those who survived. They defied Hitler’s ‘Final Solution’.

After Joe was liberated as a young man weighing 58 lbs., he was able to survive, get married, have children, grandchildren and great-grandchildren. He represents the continuity of our people. It’s exactly what G-d said to Noah after the flood: Go forth and multiply. This is what all survivors have done.”