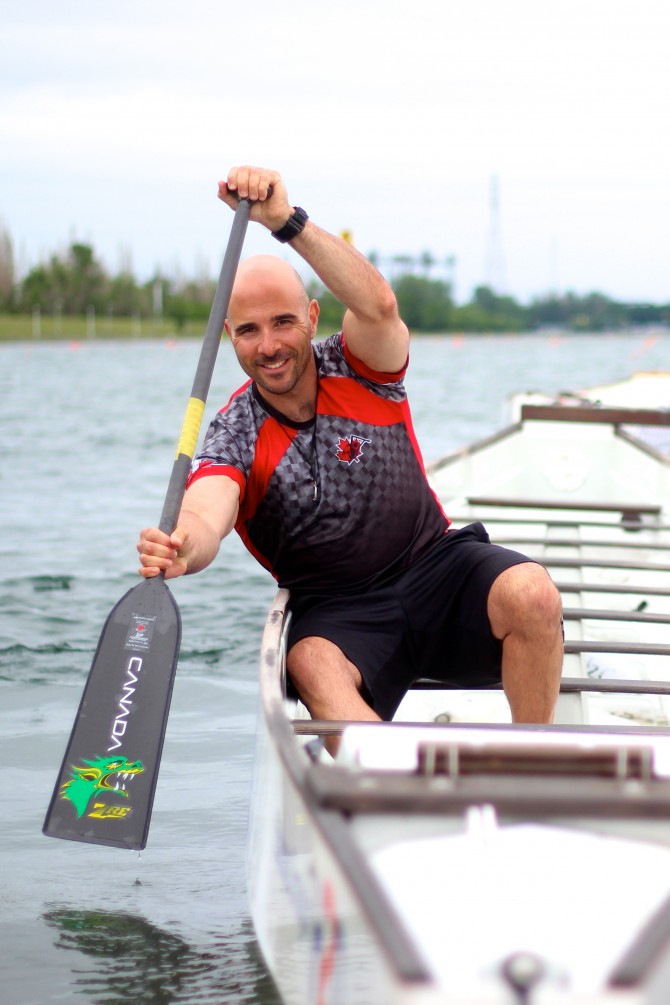 “I’ve been paddling dragon boats for 12 years and coaching for 10 years. I was on the national team two years ago in Hungary, and I just made the national team again this year and the worlds will be in Canada so it’s very exciting.”

“What was that like being a part of the national team?”

“I wasn’t really thinking about the national team until maybe eight years into this. I actually tried out for the 2011 team, did not make it, got cut, but I learned a hell of a lot from that experience. In 2013 I did it again and qualified for the Senior A National Team. To represent your country in a sport at the highest level is something that most people don’t get to do, especially in their 40s. I soaked up every single bit of it—not just the racing, but the bond that you make with your teammates is very special. Ask any team that wins a championship in their sport, they will always have that connection with their teammates forever. There’s eight of us returning this year from the team that was sent to Hungary. It will be an incredibly strong team because everybody wants to be on the national team in their own country. So we’re very excited! We have high expectations. We did well in Hungary: we got two silvers and a bronze out of four possible medals. But now it’s gold or nothing for us. We want to be one of the top crews in the world. The heat is on!”