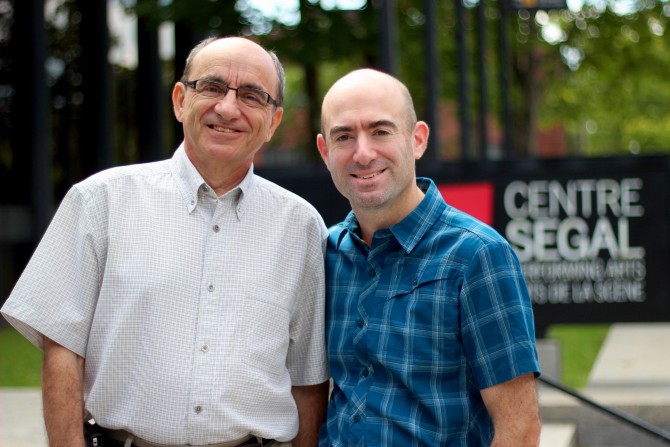 “The Dora Wasserman Yiddish Theatre, of which we are members, is a resident company of the Segal Centre for Performing Arts. This year we’ve had the great fortune and privilege of putting on one of the classics of Yiddish theatre—in fact, of theatre in general: The Dybbuk.

“Why is Yiddish theatre important?”
“It’s been said that to know where you’re going, you have to know where you’ve come from. Yiddish language and culture developed and flourished at a time when the foundations of our modern society were laid. As such, knowledge, or at least an appreciation of Yiddish language and culture, of which Yiddish theatre is a key component, is vital to understanding our place as Jews in modern society. Yiddish theatre allows actors not only an opportunity to be on stage and perform; it offers a venue to engage with the past in a modern medium. It’s no different for audiences. In the case of The Dybbuk, and Yiddish theatre in general, a vital part of our heritage is not sitting in a museum collecting dust, but is very much alive, relevant and having an impact.”