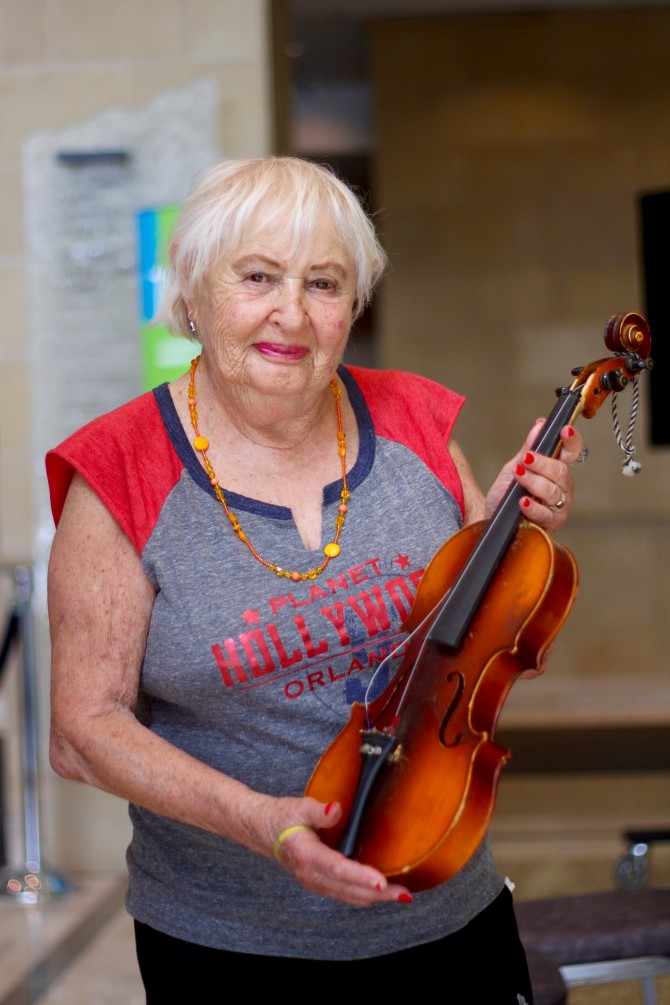 “My late husband’s violin is from Czechoslovakia and was in the family for a long time. Alexander was from Trebišov. He played this violin and it was also played by his brother Ödy, who did not survive the Holocaust. Ödy was caught in synagogue during the high holidays in Budapest, where they were hiding. Their sister was taken too. They were all hiding in Budapest because they had relatives living there. Ödy was shot on a death march from Auschwitz.

After the war, Alexander returned to Trebišov. The violin was still in the family home. Most of their things were taken, but there were few things left in the house and this was one of them. He didn’t play it after the war – and we never repaired it.”

Ilana donated the violin during a “Collection Day” organized by the Montreal Holocaust Memorial Centre. If you are interested in donating original artefacts, documents or photographs pertaining to the Holocaust, contact info@mhmc.ca.