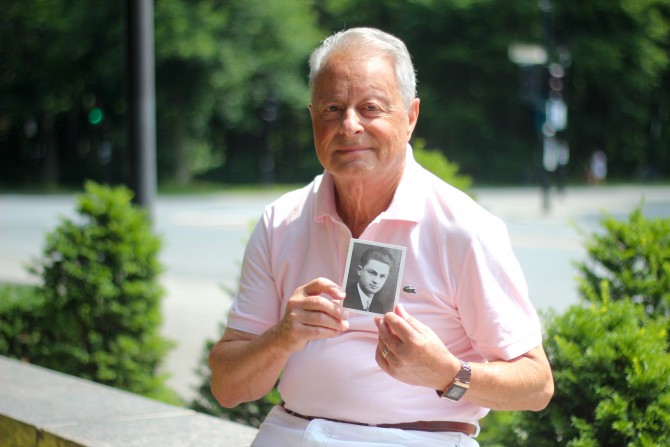 “I only have a few photos of my parents before the war. They were from Poland and had moved to France in 1933. I was born in October 1942, in Angoulême, France. When my mother had me, my father had already been arrested by the French police. My mother took me and my brother to Limoges and the two of us were placed in orphanages for the duration of the war. My mother also went into hiding, but it wasn’t safe to keep children where she was. After the war, we discovered that my father had been sent to the internment camp of Gurs, in the south of France before being transferred to the Drancy transit camp, near Paris. He was deported with the transport number 51 to Lublin-Majdanek (Poland) and he was killed in Sobibor on March 8, 1943.”

Jacques donated copies of his parents’ photographs during a “Collection Day” organized by the Montreal Holocaust Memorial Centre If you are interested in donating original artefacts, documents or photographs pertaining to the Holocaust, contact info@mhmc.ca.