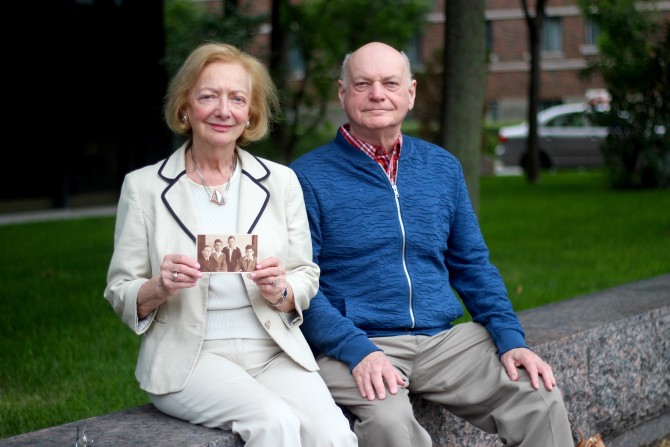 “My late husband was born in 1923 in Chemnitz, Germany. They were four brothers. The thing was, they had visas to go to the United States, and then the doors closed. They couldn’t get out. My husband’s parents and three children were transported from Chemnitz to Poland. Simon was saved by the Kindertransport (the “transport of children” that enabled 10,000 Jewish children from Germany, Austria and Czechoslovakia to go to Great-Britain in 1938-1939). He always said, ‘I don’t understand why I was the only one who was able to go to England.’

It so happened that his brother David, who was a year and a half older than him, was with him on the bus when someone said, “Oh, there are two Markels. We cannot take two; we can only take one” and David was taken off. He was later killed during the Holocaust… it’s unbelievable. That’s your luck. Everything is luck— I believe in that.”

Miriam donated photographs and letters during a “Collection Day” organized by the Montreal Holocaust Memorial Centre If you are interested in donating original artefacts, documents or photographs pertaining to the Holocaust, please contact info@mhmc.ca.