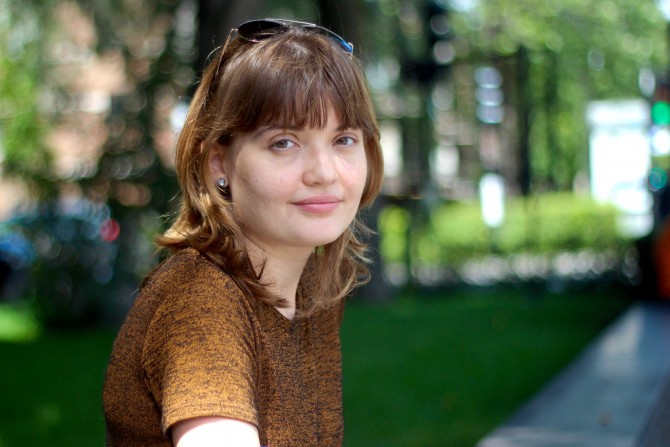 “I came here through CJA with a program called Family to Family in 1993 and we were hooked up with this really amazing, accommodating family who helped us integrate into the community. We almost ended up in Israel. I think they had filled out the paperwork to live on a kibbutz but the paperwork for Montreal came through first. I went to a Catholic, all-girls private school and I was the “Jewish kid,” but I didn’t know what that meant. Now I think being Jewish meant something to me in the same way that being Russian always meant something to me; it’s part of who I am.

I don’t have to be Israeli or speak Hebrew or speak Yiddish to be Jewish. My grandparents spoke Yiddish, but maybe that part of their identity meant more to them than, say, my father, who grew up Soviet. It is very interesting to think how this will change with future generations. It seems what’s important to the community right now is community and culture, and less so a specific set of standards or criteria that you’re supposed to accomplish to be Jewish.”