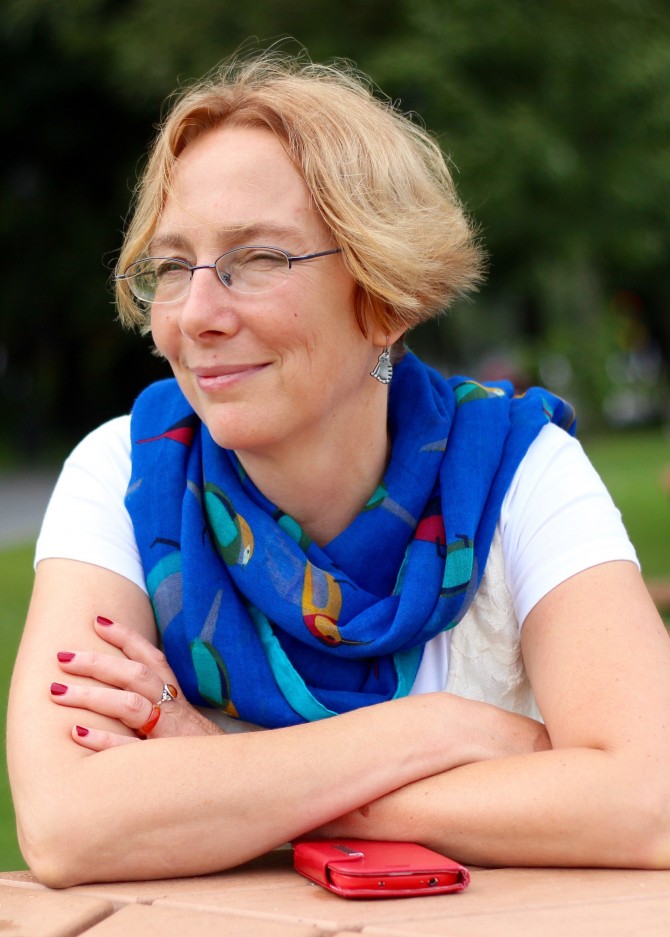 “Part of my family ended up in Auschwitz because they were from the outskirts of Budapest, and my grandmother and grandfather ended up meeting on a boat and getting married in Palestine. My father was born there, and then they moved to Hungary just a few months before the state of Israel was declared. We never knew why they went back.

I grew up in socialist Hungary, not really knowing much about Judaism and my Jewishness, because nobody did. Then there came a change of regime. I took a course in university where they talked about Jews and how Jews helped Hungarian society to develop and become more urbanized, and that piqued my interest, together with my family history. So I started learning about Judaism and I decided that when I do have kids, that’s how I want to raise them.”

“It seems like you had to figure out your Judaism for yourself.”

“And not only that, but even once you figure it out, if you live in a society where it’s not natural to be publicly Jewish, you control who you give that piece of information to. In Hungary it does matter, and it even matters now more than it did before I left. It takes time to realize that I live in a place that’s not like that. Here, it’s completely normal and it doesn’t even occur to my kids that it could be a problem. I’m so happy for them that they can be confident in acknowledging they are Jewish.”