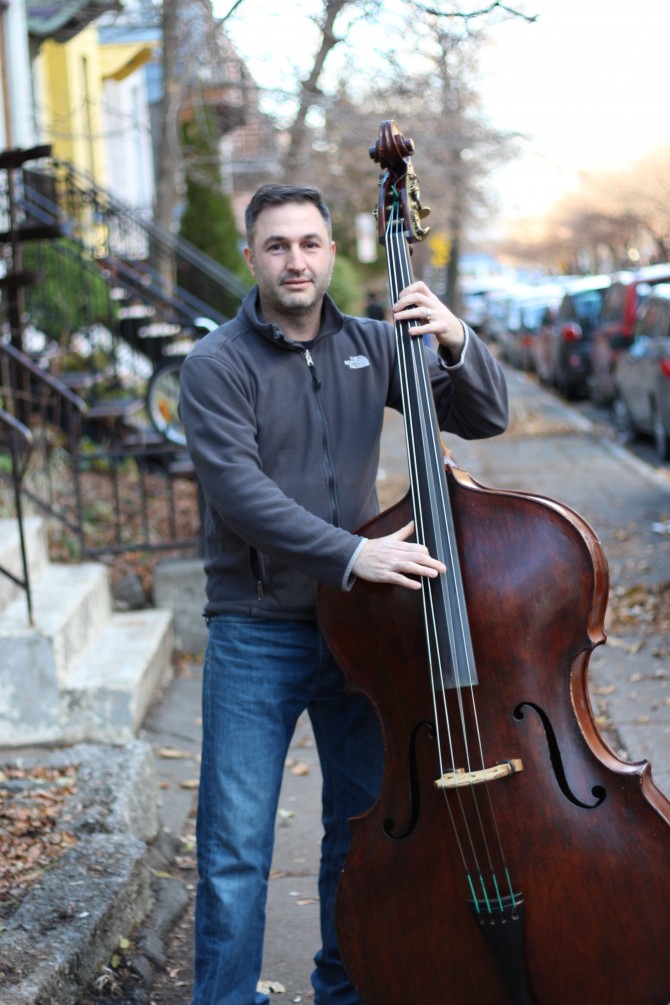 “My instrument has had an illustrious history in the musical life of Canada. It was made in England around 1888, and then came through the Hill Family shop in London, the greatest violin shop in England. They sold it to a visiting musician from the Big Band scene in Toronto, who brought it back with him in the 1920’s and played it for many years in the Big Bands and the CBC. It was later bought by someone in the Toronto Symphony, and then I got it from him. So, it’s been in Canada since at least the 20’s and has travelled all across the country on many trains, circuses, Vaudeville shows, and CBC shows.

For me, the turning point for becoming a professional musician was realizing that it was actually a thing I could do. In high school in Toronto, I went on a tour with the orchestra and chorus to Denmark. It was so exciting and inspiring that it became clear that if this was a career path, it was the one I wanted.”