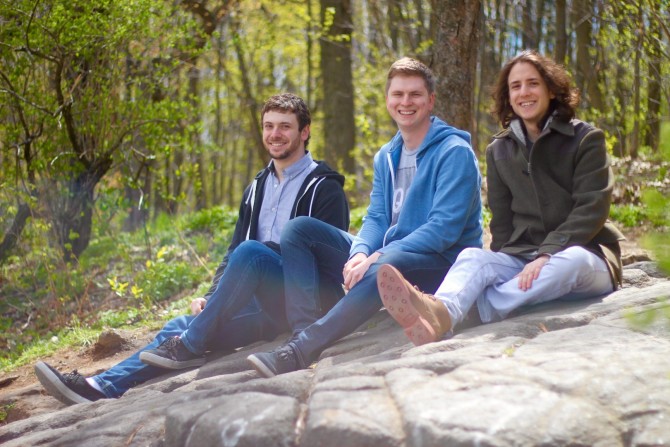 “We’ve created an on-demand delivery service with text message integration. It’s very simple, no app to download, no website, you just text a number and describe your order. Then we dispatch it, quote you the price, find a driver, and deliver it to you. We’re getting incorporated very soon. We only started development in February and within three months we were more or less operational. The feedback so far has been really great.”

“Two of us studied math and computer science. The “thing to do” was very much to go to grad school; almost everyone was planning to get a PhD. To just stop that and do something risky, like work on a startup, has a lot of uncertainty, but it’s exciting. I didn’t feel like going down the same path as everyone else just because I was in a certain program.”

“We both did research during our summers at McGill. It’s slow, feels political, and doesn’t feel like you’re doing what people want or need; you’re just doing what your professor likes or what a journal wants you to publish. I didn’t like that culture. With the start-up, you’re actually doing something that’s market-driven and following the demand.”

“There’s a large appeal for creating your own thing—something new—but risk is also a big factor. It tends to be slow. It involves a lot of hard work and long hours. But the goal of building something great, something that’s really different and game changing, makes it worth it. It’s important not to be afraid to take the riskier path. Playing it safe doesn’t always work out—I know tons of people who have degrees and they can’t get jobs either!”

“If you keep doing things that you’re comfortable with, then you’re not pushing yourself or growing.”